Chesterfield /Colonial Heights Alliance for Social Ministry (CCHASM) announced today that Christa Donohue has joined the organization as Chief Executive Officer. An experienced executive leader with an outstanding track record of delivering results, Ms. Donohue brings a visionary approach to serving all members of CCHASM’s donor, volunteer and client populations. Ms. Donohue joins CCHASM to continue the long history of success providing food, financial assistance, and career clothing to area residents who have experienced or are experiencing an emergency situation which threatens their survival needs.

“I was attracted to CCHASM’s mission to assist area residents experiencing an acute economic crisis and to the strength inherent in the collaborative efforts of the alliance network,” says Donohue. “I strongly believe that such collaborations are the most effective multiplier to truly create change and feel fortunate to be joining such a respected community organization.”

“Christa is an effective communicator, able to present complex ideas to a diverse population through the use of multiple media channels. She demonstrated a remarkable capacity to galvanize effective community partnerships, a skill the CCHASM Board deems critical in expanding the reach and impact of the organization,” says Lynne Foote, CCHASM Board Chairperson.

Helen Hughes, CCHASM’s former CEO said, “Christa’s wealth of experience and industry knowledge has already made her a key addition to the CCHASM family.” Helen has been instrumental in ensuring a successful transition period with the new CEO.

In 1988, CCHASM (www.cchasm.org) was formed through a collaborative effort between the communities of Chesterfield – Colonial Heights and the Department of Social Services. The vision at that time was to create an organization which would be able to work with community members as well as with Social Service agencies to acquire and employ multiple resources and through this synergy increase the ability to assist more area residents as a unified group than any member could do as an individual unit. Today, CCHASM stills functions under the same principle: “We are stronger together than we are apart.” 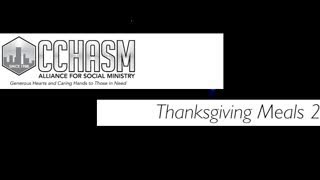